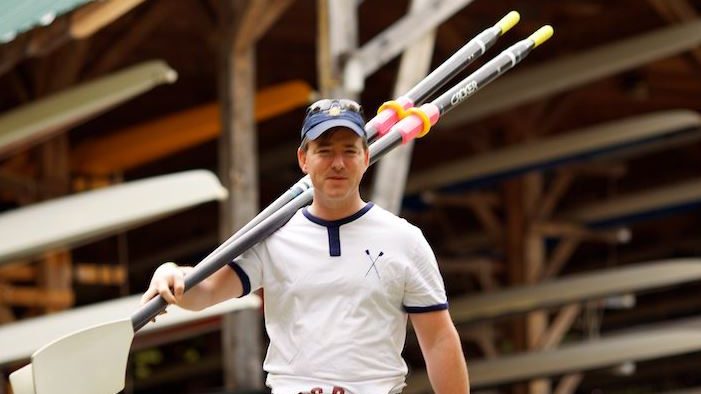 In Members in Profile we interview stand-out members that show strong aptitude and work ethic. Our goal is to highlight different folks so that you can see the effort that our members are putting into their trading and hopefully learn from their experiences of the Convergent Trading Community.

We hope you enjoy hearing what @ekhall has to say!

Building online communities is capital-H Hard. I’ve belonged to a number of communities outside of trading over the years.

Some are entirely virtual, others have an online component acting as a surrogate to infrequent in-person meetings. Almost all of these communities consistently fail to engage participants sufficiently over time.

Convergent seems to be a diamond amidst the rough. Initially supported by the great investment in content by FT71 and the others, CT has built itself up into a beautiful learning community. And it’s a pleasure and honor to be exposed to the thoughts and dialogue of all members, senior, old, and new.

How have these aspects helped you grow as a trader?

The resources here are excellent and the time that the senior traders put into answering member questions and creating content is superlative. But I think the aspect that has helped me the most is the dialogue with and feedback from the senior traders and other members.

I’ve never painted, but it seems easy to look at a work of art and think ‘I love that, I bet I could get the hang of it and make something similar’. It’s only when you cover yourself in colors, splash paint in your eye, and spill paint thinner all over the carpet where the student truly begins to understand. The ability to present a hypothesis to the group (prospectively when one is ready), defend it, and demonstrate capable execution of it, is how one truly begins to learn and grow.

Becoming a capable trader could theoretically be done on one’s own. But it would likely take far more time, attention, and money than I suspect most are willing to afford it. It’s the community of people here whose push-back, pointers, and discussion greatly expedite the learning process. The guidance present in the community to those who are ready is the gold.

Seneca said “Excellence withers without adversity.” But adversity in trading alone would leave few to emerge out the other side still standing. Adversity in putting yourself and your ideas out in front of this group and the critical guidance in return from the group is a great accelerant in the learning process.

Do you have a favorite community quote or webinar?

No, they’re generally all exceptional. But they collectively obscure the real truth which is that, in the end, you need to learn this art and find the truth for yourself. You can listen to the heavenly mana of FT71 videos for hours, but in the end you need to stick yourself out there and take some cuts, learn from them, then rinse/wash/repeat.

Just as in life: suffer no serious injuries, and just keep getting back up and starting over. But do it better the next time.

Do you have any advice for new members?

This is a process that takes time. It looks deceptively simple and it’s too easy to look at a chart and say “Gosh, If I had only just bought here and held until there…”. In reality consistency across any series of trades {X} across any period of time Y is difficult. Reaching an ability where one can be consistent is a long road. Finding a product and a time frame that works for a trader will take time.

Trading is the only discipline to which I’ve been exposed where discipline in inaction is just as important as discipline in action. You need to know when not to step in and expose yourself to risk. Not doing something is a very hard thing to do – particularly when a substantial portion of the time you’ll see the market move at least somewhat in the direction you anticipated. Profits from the most brilliantly managed trade can be eradicated with a single sloppy mistake. That’s a hard reality that is not present in many other disciplines of life.

If I were to write a beautiful piece of literature, that piece of literature goes on existing even if the next thing I write is shockingly bad crap. Not so in trading – and that’s a tough lesson to learn. It only takes one moment where discipline slackens and the structure then collapses. (But again, stand up, get back in there, and be better.)

What is a particular strength of yours in trading?

An important part of my (non-trading) day job is analyzing a particular type of numeric trend data to predict and prevent future sentinel events. I think this gives me an edge in trading because at times I believe I can see somewhat clearly.

What is one of your biggest challenges in trading?

What I claim is my strength above is also a limitation. I know that I am prone to a particular type of numerical animism – I see and attribute patterns and intentions where there are either none – only noise – or they are grossly insufficient.. Sometimes it’s not the tiger stalking you from the grasses. It really is simply the wind.

I am also wired to be a break-out trader. I have trouble with markets that are range bound; my tendency is to predict a move is going to break (see numerical animism, above) and I’ve had my share of mistakes when the breaks just don’t happen and the market never really gave the signal that it would.

What products do / have you traded?

I’ve traded the ES, RTY, and CL. I think of products a bit like wild animals in that each has both typical characteristics as well as moods. The ES feels to me like a strong lumbering animal that displays a degree of intent and has a tendency to push and move. The RTY feels like a skittish bird of sorts, hard to predict its movement, but it can fly when it chooses to.

I don’t have a great animal in mind for CL, but I’ve found it tends to organize and consolidate for a time like a herd, and then breakout to race over to a new consolidation.

Each product paints a chart quite differently and it’s fascinating to acclimate to and learn from each. It takes time to grow in comfort with each product, but there are certainly concepts that are broadly-applicable.

What is your favorite non-trading activity/hobby?

My wife and I have two young children, so much of my time is happily spent with them. I love rowing and belong to a great boathouse with wonderful, committed rowers near where I live. I also spend likely too much time geeking around with computers.